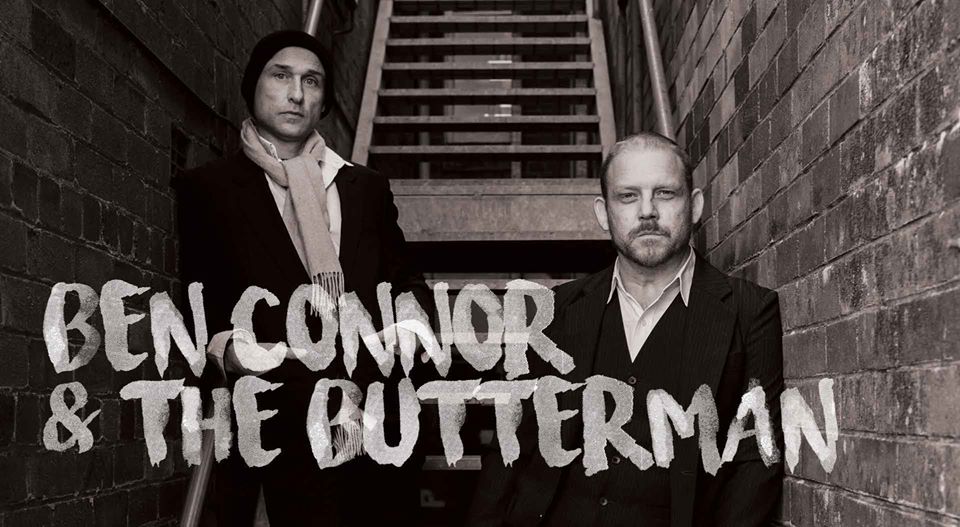 Soul-driven blues, folk, rock singer-songwriter, Ben Connor, has been described as the musical love child of Leonard Cohen, Nick Cave and David Gray. His cohort, multi-instrumentalist, Stuart Christie (‘The Butterman’), has entertained audiences around the nation and across the seas as a musician and physical theatre and circus performer with companies such as Circus Oz, Strut and Fret, Dislocate and Kage.

Together, Katoomba locals, Ben Connor & The Butterman combine the evocative lyrics, compelling melodies and warm well-worn vocal cords of a seasoned singer-songwriter with the style and theatrics of a professional circus performer.