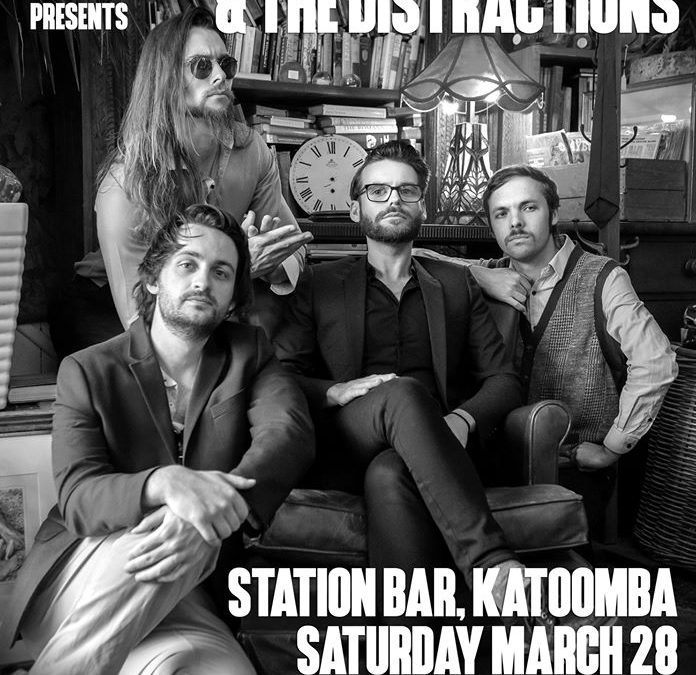 Working two jobs? Check. Too much coffee and beer? Check. Struggling to make ends meet? Check. Feeling neurotic? Check. Economy and the state of the world got you down and the existential dread is settling in? Then “The Daily Grind” is just for you! The new single from Blue Mountains based troubadour Gavin Bowles. With backing band The Distractions in tow, “The Daily Grind” bursts with frenetic energy as an anecdote for the young, modern ne’er-do-well – out now on Stranger Than Fiction Records.

Blue Mountains based troubadour Gavin Bowles has made a name for himself over the past decade as an accomplished songwriter and performer – including several national tours, considerable community radio play across the country, a number of residencies and as frontman for Sydney Rock trio ‘Picture Perfect’, among various other projects.

More recently Gavin has established an exciting solo career. 2018 saw the release of his debut solo EP “King of Nothing”, described by Haze Mag as “…seamlessly walking into strut-worthy blues guitars…..his lyrics convey the sophistication of a modern day hybrid of Paul Kelly and Elvis Costello”. 2019 saw the release of the single and accompanying film clip “Slave” – flaunting a rockabilly swagger, but rooted in indie-rock and pop sensibilities, “Slave” boasts a cool confidence and non-chalance, while lyrically pondering ones flaws and neuroses with wit, sarcasm and charm.

​Over the past 3 years Gavin has lived in the heart of North Melbourne, Western Sydney and the Blue Mountains – soaking in the atmospheres, sights, smells and sounds of differing urban and suburban living and music scenes. With over a decade of touring and recording under his belt in various groups and solo, Gavin (and his backing band “The Distractions”) exhibits a refined live show, toting songs of personal triumphs and tribulations and an idiosyncratic view on modern life, always with a guitar lick and smirk in tow.