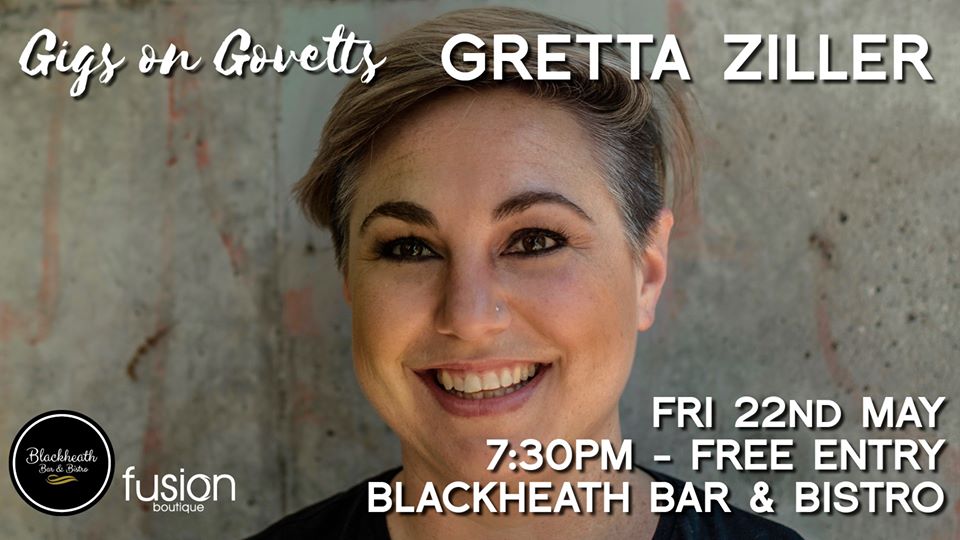 First impressions aren’t always right. If you’ve been foolish enough to nail down the sound of acclaimed songwriter Gretta Ziller, then prepare to have the rug pulled out from under you. Queen of Boomtown, her stunning debut record, defies categorisation and demands repeated listens.

Since it’s release in 2017 Queen of Boomtown was not only long-listed for the Australian Music Prize but Gretta was also invited to perform at the Melbourne launch along side Jen Cloher & Birdz. The album received rave reviews from press, including Rhythms Magazine and a 4 star review from Rolling Stone Magazine. ‘Slaughterhouse Blues’ the first single from her album was also given an Honourable mention in the 2017 Unsigned Only and International Songwriting Competitions. The album was nominated for a Golden Guitar as well as an Age Music Award in 2018 and Gretta was mentored by Tom Busby (Busby Marou) as part of the 2018 APRA inaugural female songwriters mentorship program. Gretta was also an APRA PD finalist & performed at Australian Music Week November 2019, most recently she received a Golden Guitar nomination with ‘Vocal Collaboration of the Year’ for her song ‘Second Hand’. Gretta is due to release her second album mid 2020.

Family friendly – minors must be accompanied by a parent or guardian and supervised.
General Admission. Room configuration is a mix of cabaret style tables and chairs and standing.

Fully licensed bar offering a large selection of wines by the glass and bottle as well as craft and tap beers, spirits and signature cocktails.
Full menu is available from midday through till 9pm. A limited bar menu is then offered until closing time.

Bookings are highly recommended. Call 02 4787 5787 or email info@blackheathbarandbistro.com.au to reserve a table.