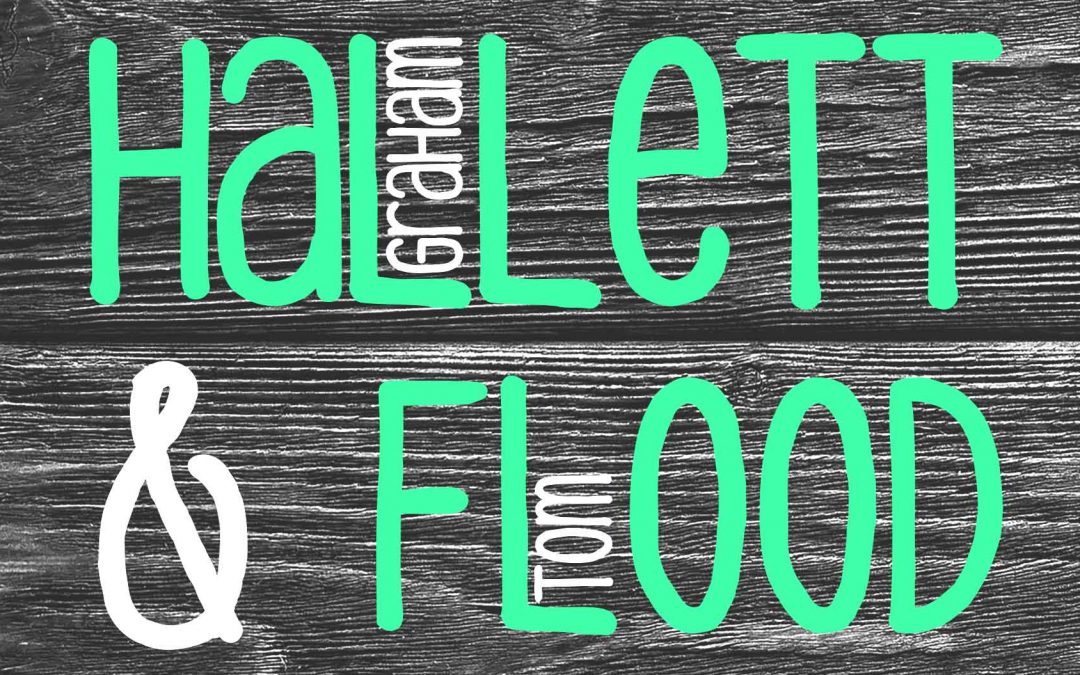 Twenty-eight years ago, Tom moved from Chippendale to Katoomba, and on his first night out, packing his harmonica tin in search of live music, a non-trad Irish session at The Family Hotel just down the road, he struck up a friendship with the only muso not playing Irish covers, folk guitar wizard/singer and painter Graham Hallett. In the next decade, Graham played with a number of outfits, particularly Keith Young’s Irish/English & The Ragamuffins, all over the State and at the National in Canberra. Meanwhile, Tom & Graham held down a long weekly residency at The Parakeet in Katoomba and guested at other cafes around town, always unplugged, covering American alt-country and mid-Atlantic folk, but with Tom establishing a fiction writing vocation and Graham accelerating his life as a visual artist, the music never left town. Later they were stalwarts at the Duffy’s Clarendon sessions and occasionals in the Duffy’s Fab Folk collective servicing events, but never played Blue Mountains Music Festival, preferring to remain off-grid. The long collaboration ended when Tom left the mountains for the Central Coast in 2003. Seven years later, the BluesAngels trio of Tom, Cec Bucello and Frank Russell began to tread the boards, and the rest is Coast folk-blues history.

Over the following years, people mentioned to Tom they’d really like to see the Hallett/Flood duo again, and a few months back, while scanning for a second act at Hotel Gosford, Tom thought why not. He rang Graham, now a well-known Blue Mountains landscape painter, cajoled him out of his tiny, oil-smeared studio (“But I haven’t picked up a guitar in three years!”) and they began putting sets together in the glow of the mountains’ autumn.

Fast forward a few years and Tom returned to the Blue Mountains and thought that it was the right time to reunite with Graham for a new musical journey. Expect some folk, expect some blues, and expect good times . . . welcome home Tom!

Join Hallett & Flood this Saturday Night, 6:30-8:30 pm. Come along early if you want a seat as it’s first come, first served. Bar & Kitchen open, free event. Lounge Sessions @ Hotel Blue is brought to you by ‘Music in the Mountains’.