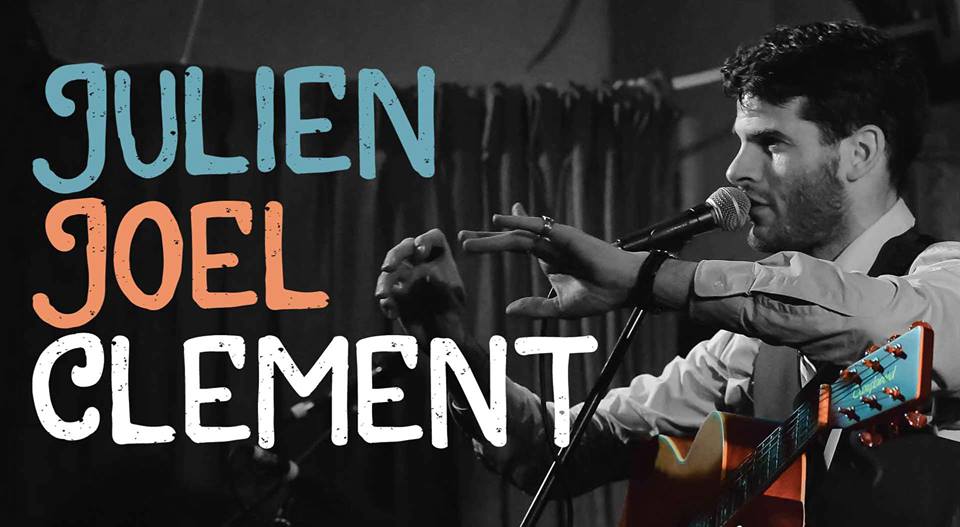 French-born and raised singer/songwriter Julien Joel Clement blends genres, whatever the song requires, whatever will not fit into the various bands he plays in (Disco Frisco, Papa Gonzo, Sth Katoomba Space Agency, Groove Co-Op). What matters is connecting to the audience, and giving his best shot at it. He has recently released his debut album with Neill Duncan, recorded in Neill’s home studio in the Blue Mountains.

Slack-Off Sundays:
It’s Sunday night, which means tomorrow is Monday. You could stay at home and iron a couple of long-sleeved shirts for the week ahead, but let’s face it, you’re gonna sit on the couch and watch TV and leave that chore to the morning. Forget that, head out to Aunty Jack’s, grab a great meal and catch some of the best live music in NSW! 6:00-8:00 pm, family-friendly, free event. Slack-off this Sunday and make the weekend last a little longerl

Where is Aunty Jack’s?:
122 Katoomba Street, Katoomba. If you’re driving and hit Echo Point, Skippy or the Milkybar kid – turn around and ask for directions . . . unless you’re a man, in which case you continue driving until you’re ready to admit you’re lost.

. . . Who is Aunty Jack?:
There’s an Aunty Jack in every family. She’s the one who never had kids of her own, but knew that family was more important than anything; who travelled far and wide but always called Australia home; who wasn’t afraid to break from tradition, making new ones of her own along the way; who was unconventional and unpredictable, but always loyal and dependable; who collected trinkets wherever she went, but knew memories were the best souvenirs; who was the keeper of all the family recipes and secret ingredients; there’s an Aunty Jack in every family.