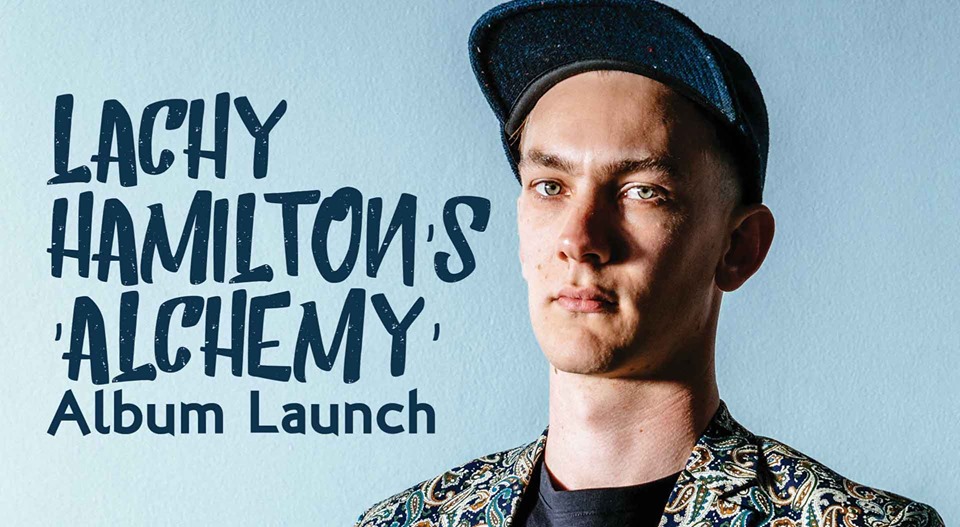 At 22, Lachlan is fast becoming a well-known identity of the Australian Jazz scene.
Having completed his Bachelor of Music (Honours) at the James Morrison Academy of Music in 2017, Lachlan now resides in Sydney where he plays regularly with various ensembles. During his Bachelor course, Lachlan studied closely with Jeff Clayton, Mat Jodrell, Graeme Lyall, Carl Mackey, James Morrison and was the sole recipient of the 2016 Excellence in Performance Award.

He was also a member of the top-tier jazz orchestra, recording the Aria-nominated album “James Morrison with his Academy Jazz Orchestra” and touring across the US in venues including Dizzy’s Coca-Cola Club (New York), the Green Mill (Chicago) and at the 2017 Jazz Educators Network Conference (New Orleans).

Lachlan was a finalist in the James Morrison Scholarship in both 2014 and 2015. He was also selected as one of the 2015 Telluride Jazz All-Stars, performing in Telluride, Colorado and working with Josh Quinlan, Bob Montgomery and Ernie Watts. In addition, Lachlan is the founder of various groups including “FLIP”, “The Swing Merchants” and “Moloko”. He also regularly performs with the James Morrison Quintet and his own, self-titled trios and quartets, playing original compositions and arrangements of jazz standards.

Join Lachy & the gang this Friday Night at Hotel Blue, 6:30-8:30 pm. Come along early if you want a seat as it’s first come, first served. Bar & Kitchen open, family-friendly, free event. Live music @ Hotel Blue is brought to you by ‘Music in the Mountains’.