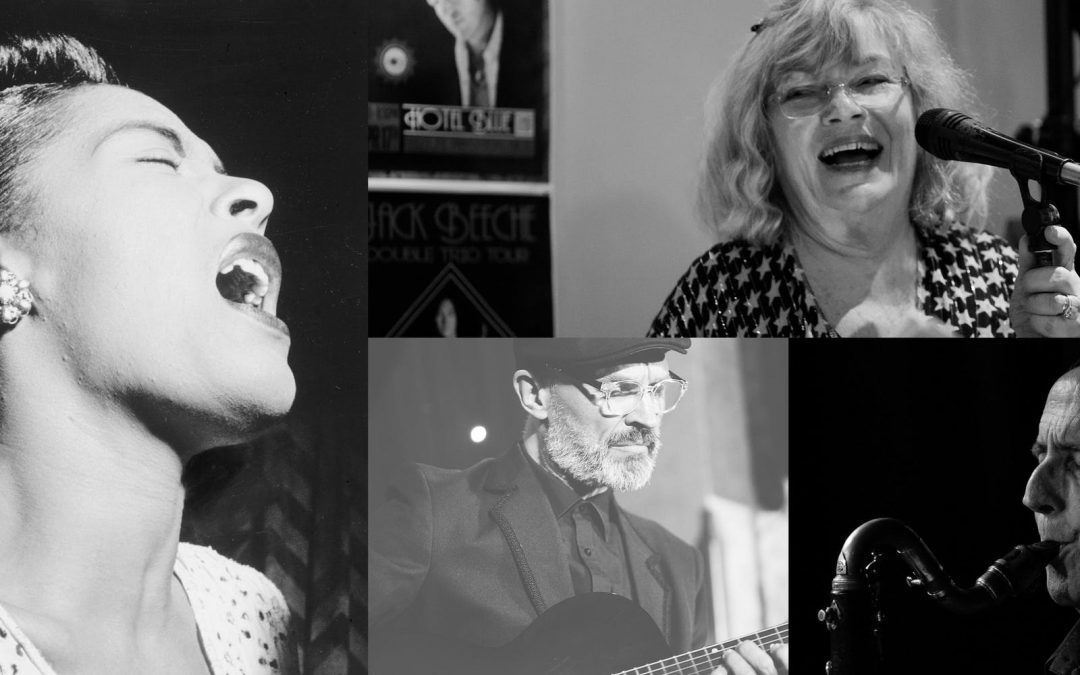 Considered one of the best jazz vocalists of all time, Billie Holiday has been an influence on generations of performers. Billie gave the world so many now ‘jazz standards’ that is it is sometimes easy to forget how influential ‘Lady Day’ was, and still is today. Join Susan Gai Dowling, Carl Dewhurst and Paul Cutlan as they perform some of Billie Holiday’s hits and share the story of the jazz and blues mistress.

Billie Holiday, 7/4/15 – 17/7/59 (born Eleanora Fagan) was a true artist of her day and rose as a social phenomenon in the 1950s. Her soulful, unique singing voice and her ability to boldly turn any material that she confronted into her own music made her a superstar of her time. Holiday’s poignant voice is still considered to be one of the greatest jazz voices of all time.

As a young teenager, Holiday served the beginning part of her so-called “apprenticeship” by singing along with records by Bessie Smith or Louis Armstrong in after-hours jazz clubs. She quickly became an active participant in what was then one of the most vibrant jazz scenes in the country. At the age of 18, Holiday was spotted by John Hammond and cut her first record as part of a studio group led by Benny Goodman. In 1935 she recorded several songs that went on to become hits, including “What a Little Moonlight Can Do” and “Miss Brown to You”. Then, with a recording contract of her own she recorded a number of master tracks that would ultimately become an important building block of early American jazz music.

Holiday began working with Lester Young in 1936, who pegged her with her now-famous nickname of “Lady Day.” Holiday also worked with Columbia Records and the Verve label and she made her final studio recordings for the MGM label in March of 1959.

White gardenias, worn in her hair, became her trademark.

Billie Holiday, a musical legend still popular today, died an untimely death at the age of 44. Her emotive voice, innovative techniques and touching songs will forever be remembered and enjoyed.

Parking @ The Boilerhouse:
The Hydro Majestic Hotel has a large onsite parking lot right next to the Boilerhouse . . . and it’s free!

Dining @ The Wintergarden:
Why not have dinner at The Hydro Majestic Hotel before the show? Experience the gourmet delights with dinner in the Wintergarden which showcases the fresh seasonal produce sourced from local suppliers in the Blue Mountains area. Enjoy our chef’s selection of entrées and desserts along with our selection of mains. Our dinner menu allows the Hydro Majestic to provide you with a unique regional dining experience.
Call +61 2 4782 6885 or Book Now.