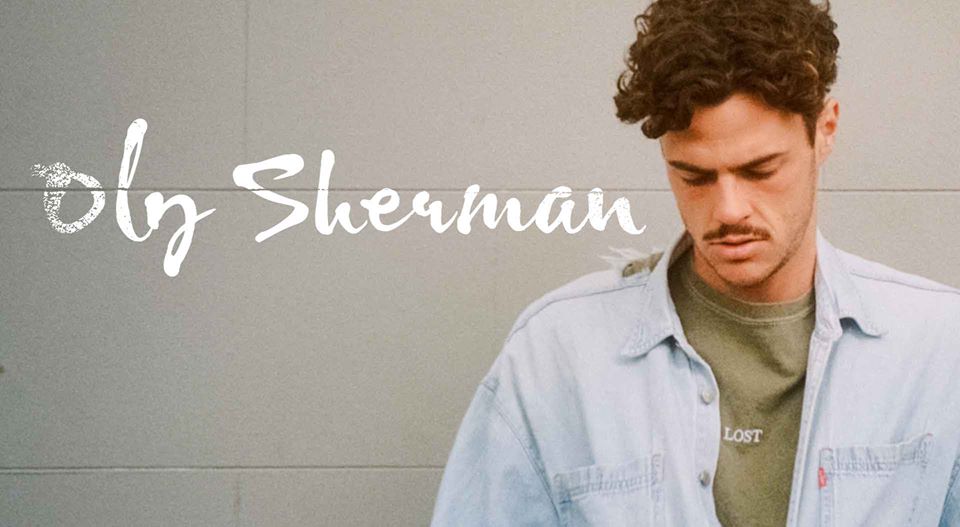 Off the back of a booked and busy 2019, rising indie singer-songwriter Oly Sherman returns, ready to tackle another massive year of music and shows. In his new single ‘Madness’, the Sydney artist delivers another serving of evocative music, created to instantly wrap the listener up in its warmth. Along with the release of his latest track, Oly unveils an epic 30-date strong tour of Australia following his 11-date January tour of Japan. A busy, busy year indeed.

As with his previous material, ‘Madness’ has Oly’s sweetened tinge of introspection threaded through his songwriting. A songwriter who flourishes within a colourful and emotional narrative scope, he has continued to show off his versatility on ‘Madness’ – a perfect follow up to last year’s ‘Bones’. “‘Madness was recorded over a few days in my home studio. The only thing that I wasn’t sure about was the ending. I mulled over it for two days straight before finally recording the riff. The song was basically finished when I took it to my good friend Daniel Natolis’ studio. We messed around with a few ideas of how to flourish the song. ‘Madness’ is probably one of my most comforting songs.” Oly Sherman

For those Oly Sherman fans who have been following his journey over the last few years, the release of a single like ‘Madness’ makes total sense. Here, Sherman shows his progression and natural elevation as a musician, while the sounds of ‘Madness’ indicate a bright new chapter lay right ahead.