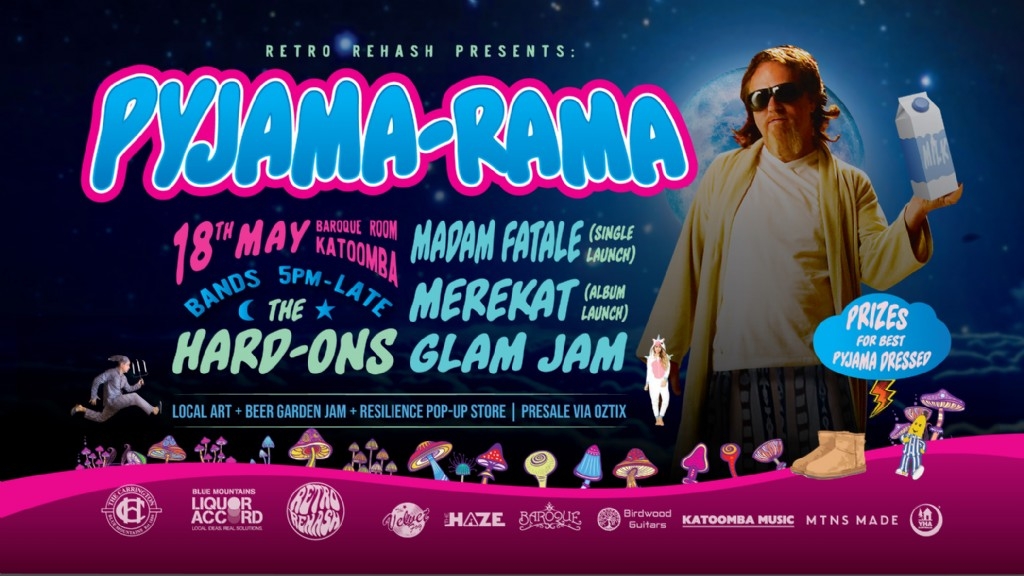 Fresh from touring Australia with Rose Tattoo, legendary ‘Cheap and potent’ Punchbowl punks The Hard-Ons, Australia’s most commercially successful indie band, will by coming to Katoomba on May 18th for the Baroque Room’s Pyjama Rama Pyjama Party. Embodying a steadfast D.I.Y approach, The Hard-Ons self-described style of ‘messy pop-punk with metal and psychedelia elements’ has seen the group attain cult success in countries such as Greece and Spain, collaborations with the likes of Henry Rollins and Neil Hamburger, and even a UK tribute act called Spit ‘N’ Swallow.

In passing the cultural baton to the new sons of snotty subversiveness, local Mountains pop punk trio Madam Fatale will be launching their long awaited debut EP at the event.

As head organiser and Retro Rehash presenter Willem Hendriksen says, his goal for ‘’ the Mountains to be totally entertained all night long with an eclectic mix’’.  As implied by its title, the colourful night time wear of pyjamas is the chosen dress code for the gig. Bring your slippers, dressing gowns and long johns to join the fun and support some quality Aussie music.