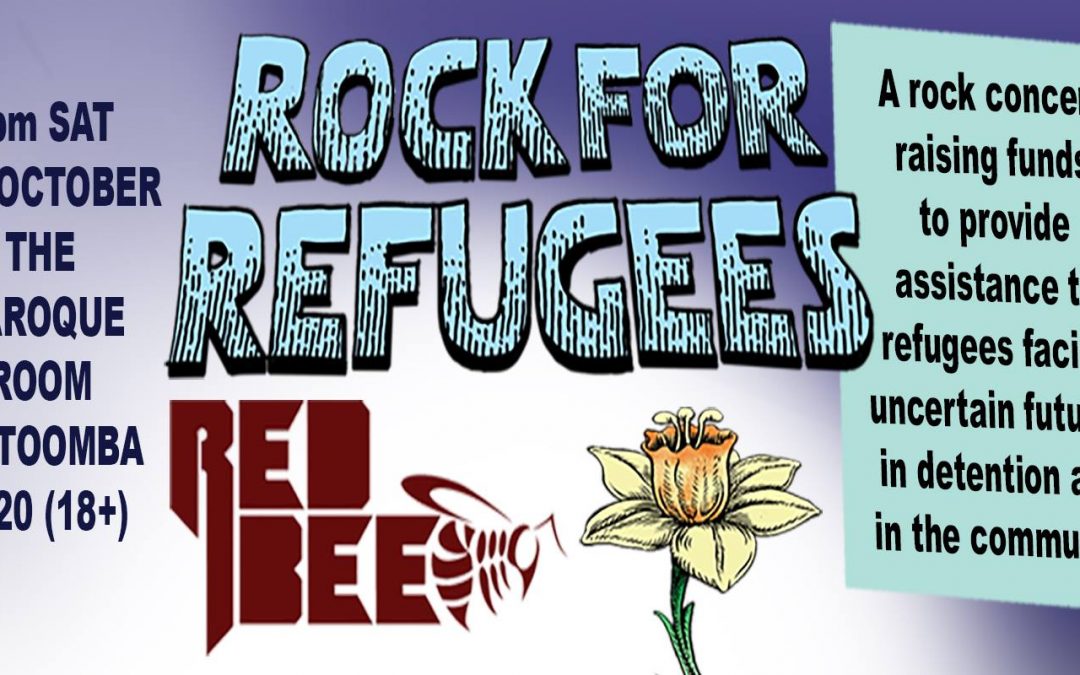 RITUALS RETURNS WITH VOLUME 3: Rock for Refugees is a concert raising funds to provide practical assistance to refugees facing uncertain futures in detention and in the community. RED BEE, an awe-inspiring, proud and independent Australian band from the Blue Mountains has teamed up with Ritual Bookings and the Blue Mountains Refugees Support Group to bring together four amazing bands for one special night.

What bands you ask? Good question!

Halcyon Reign, having JUST dropped their DEBUT release, “The Voyage” and have lit a fire in the hearts of many a prog fan. Gripping performances, spectacular arrangements and and intuitive approach to song writing that will make you move, make you think, and make you mosh.

Quoll, the local boys bring the noise with a show that needs to be seen to be appreciated. Consisting of two members, the wall of noise produced catches many off guard… truly something to witness.

Hemina. A four piece hailing from Sydney and having recently dropped their latest opus, “night echoes”. This powerhouse’s sound has been discribed as a unique combination hard hitting syncopated grooves, lush synth backwashes layered delicately with multiple vocal harmonies and blisteringly memorable leads.
Having shared the stages both here and abroad with absolute prog God’s Devin Townsend Project, Uriah Heep, Kamalot, Protest the hero, Haken, Caligula’s horse, Queensryche and Apocalyptica just to name a few, this act proves time and time again, they are ones to watch out for.

Closing the night is the Blue Mountains very own, RED BEE. A band that needs little to no introduction.

This band is a must-see and hear that both astounds and thrills with its gigantic, expansive sound and epic amalgamation of crushing heaviness and explosive grooves. Addictive as all hell hooks and riffs, soaring, emotive melodies, atmospheric textures and intelligent song structures are all part of the Red Bee and their latest album’s ‘Silent Enemy’ package.

The third in the Ritual Series, a growing force to be reckoned with, proving the mountains are truly the new home of heavy. Whilst also Raising money for an amazing cause with all proceeds going straight to those who need it most. Cash or card on the door. $20 to make a true difference.

tell your mates. be a ledge