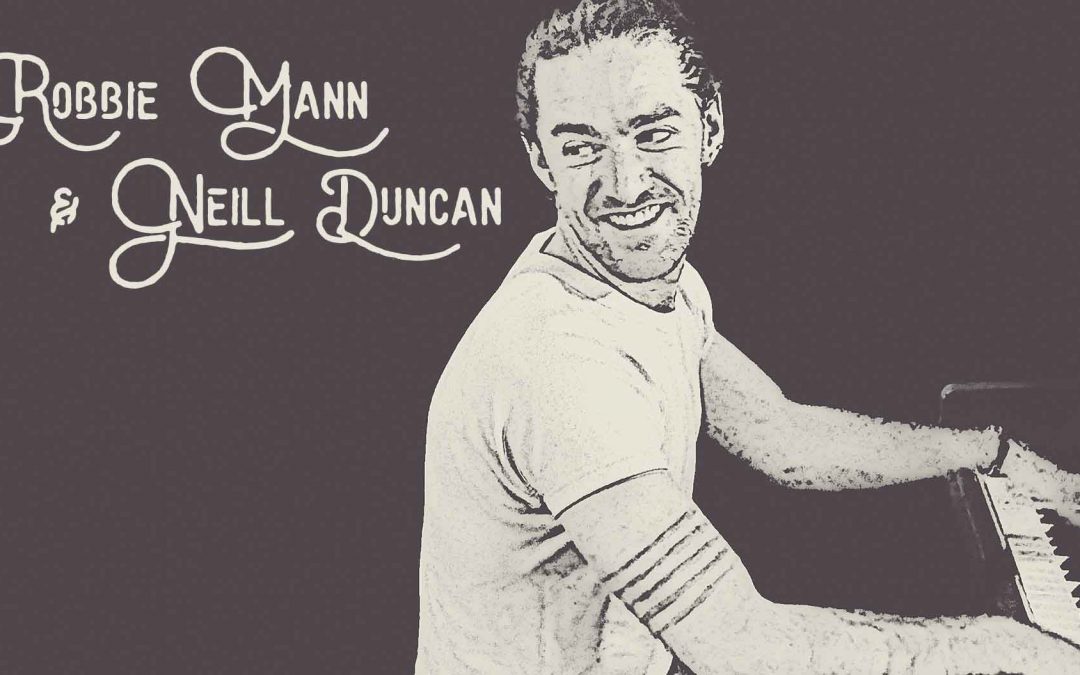 Robbie Mann is an exciting young stride pianist who hails from the Blue Mountains. After completing a degree in classical music he turned his attention fully to early jazz, specialising in ragtime and stride piano styles. In the short time since, Robbie has garnered a reputation as one of Australia’s foremost emerging talents. He has performed with some of Australia’s most acclaimed trad jazz instrumentalists, within the Canberra Symphony Orchestra, in big band formats as well as fronting his own jazz band, ‘The Parlour Social’. Robbie is soon to release his debut solo album, recorded in July at Underwood Studios in the Blue Mountains

Neill Duncan is an innovative and eccentric jazz artist based in the Blue Mountains, but originally hailing from New Zealand’s. For 30 years, Neill Duncan made a living playing saxophone but his music career almost came to an end when a rare form of cancer caused doctors in Sydney to amputate his left arm. Being a jazz sax player, losing his arm was very dramatic and affected Neill’s friends and family very deeply, especially Michael Lira, who he had played with in the band, Darth Vegas. Michael said he didn’t want to believe Neill would never play again and had Googled ‘one armed sax player’ and found a guy in Amsterdam who made instruments for one-armed musicians. It took a year for instrument maker Maarten Visser to custom build the world’s only one-hand tenor sax, especially for Neill. He hydraulically moved all the top keys to the bottom so Neill can play just using his right hand.

Join Robbie & Neill this Friday Night at Hotel Blue, 6:30-8:30 pm. Come along early if you want a seat as it’s first come, first served. Bar & Kitchen open, family-friendly, free event. Live music @ Hotel Blue is brought to you by ‘Music in the Mountains’.