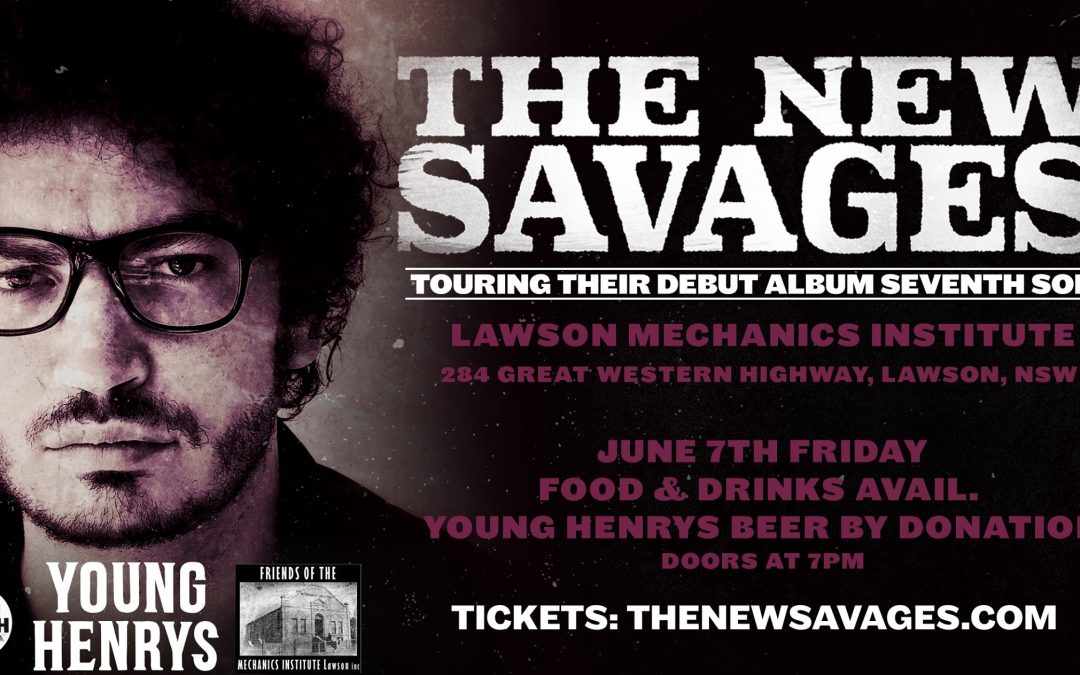 The New Savages | Live at the Mechanics Institute Lawson

The New Savages | Live at the Mechanics Institute Lawson

The New Savages are an electric and very original Blues band. Their sound’s unique texture comes from taking inspiration mostly on the first generation of recorded Delta Blues, Gospel and Country Music recorded in the 1920’s/30’s.

Singer Milan’s striking baritone vocals evoke the spirit of a great poet. His guitar playing is a simple, primitive and hypnotic Blues boogie not unlike John Lee Hooker’s – it’s one that taps into the raw, authentic strand of Blues guitar that has been forgotten and neglected by a lot of modern Blues performers.

The New Savages have a subtle sense of charisma and confidence that seems to come from having their ears are tuned to the sounds of the old world. This deep interest in the history of the blues led Milan on a pilgrimages into the Mississippi Hill Country. The journey served as an inspirational basis for the band’s debut album Seventh Son.

The release of Seventh Son sees the band embarking on a national tour across the country. Presented by the Friends of the Mechanic’s Institute their second show will be at the Lawson Hall.

Food will be available at the event.

Young Henry’s is sponsoring the event and providing their beer by donation at the bar – so have a drink on them.